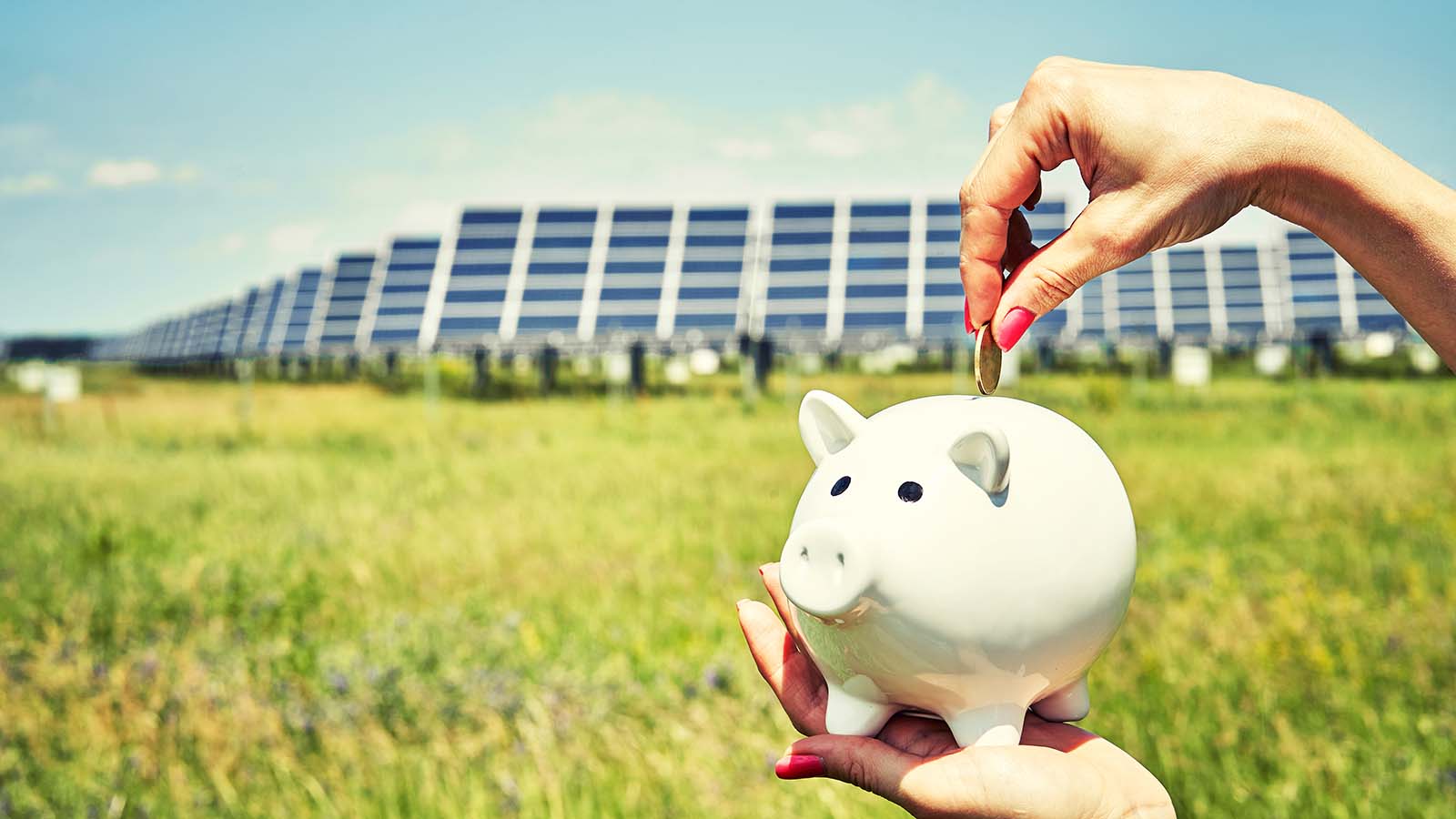 Solar stocks received a big boost recently from the robust third-quarter financial results of two major players in the sector: solar inverter maker Enphase (NASDAQ:ENPH) and Sunrun (NASDAQ:RUN), both of which specialize in selling solar panels to U.S. homeowners.

Enphase’s results showed that the makers of solar components other than panels are thriving in the current environment, while Sunrun’s earnings proved that U.S. homeowners’ demand for solar panels is climbing meaningfully, despite rapidly rising interest rates.

The companies’ solid results provide evidence that the solar sector as a whole is booming, making now a great time for long-term investors to snap up the best solar stocks to buy.

Meanwhile, a Nov. 4 article published by Investor’s Business Daily detailed additional positive catalysts for solar stocks, echoing my longtime, bullish stance on the sector. Among the critical, very upbeat factors cited by IBD were the new federal climate change law, efforts by many nations to reduce their carbon emissions, and the greater affordability of solar compared to “natural gas and coal.”

“Our outlook is bullish heading all the way into 2030,” Bloomberg analyst Pol Lezcano told IBD.

And the publication did not even mention three other very important, strong positive catalysts for solar: rapidly rising electricity prices in the U.S., Europe, and China, combined with the EU’s efforts to find ways to replace Russia’s natural gas and the electric-vehicle revolution.

Given the decisive factors that will prolong the solar boom for the next five years, finding the best stocks to buy can make investors millionaires by 2030. Here are seven of the names that are in this category.

As I reported in a previous column, published on Nov. 4, China-based JinkoSolar (NYSE:JKS) says that it has developed the world’s most efficient solar panels, and in Q2, its EBITDA climbed “35% year-over-year to $186 million,” making it one of the solar stocks to buy.

Moreover, the company reported benefiting from strong demand in its home market of China, as the number of panels that the company shipped to China last quarter soared an incredible 500% versus the same period a year earlier. Also contributing to Jinko’s strong quarter was the robust demand for panels from European homeowners and businesses. As a result of these positive demand trends, the module maker’s total shipments doubled versus the same period a year earlier.

Moreover, JKS has managed to lower the amount it spends to produce its most advanced panels, so its profit margins are likely to climb. Further, JKS expects the price of polysilicon — an essential raw material for panels — to drop meaningfully next year as a new polysilicon supply comes online, causing the demand for solar panels to increase. (JKS appears to indicate that the price of solar panels will drop due to the coming decline of polysilicon costs).

JKS is looking to increase its shipments by another 50% in 2023. Given the company’s rapid growth, technological edge, and strong, improving profitability, it is definitely one of the best solar stocks to buy.

A U.S.-based maker of solar inverters, Enphase, like JinkoSolar, is benefiting significantly from booming demand for solar energy from European homeowners.

Consequently, Enphase’s international sales soared 118% year-over-year last quarter, dwarfing its (still impressive) 69% YOY increase in U.S. revenues. Although Europe is likely going to be dealing with a recession next year, given the EU’s tremendous support for rooftop solar, along with the very high electricity and natural gas prices within the bloc, European consumers’ demand for solar will probably be relatively high despite the continent’s likely economic contraction.

Over the longer term, ENPH should also benefit from the U.S. climate law, as the legislation includes an 11-cent per watt tax credit for manufacturing solar inverters in America. On Enphase’s Q3 earnings call, the company reported that it would look to exploit the tax break by launching “four to six manufacturing lines in the U.S. by the second half of 2023. “

In addition, the forward price-earnings ratio of ENPH stock is 59. That’s somewhat high for a well-established company, but it’s justified in light of its rapid growth and very bright outlook.

U.S.-based solar module maker First Solar (NASDAQ:FSLR) will be a prime beneficiary of the incentives for U.S.-based manufacturing of solar panels within the new energy-and-climate law. Specifically, modules made in the U.S. will be eligible for a tax credit of 7 cents per watt. That’s a considerable amount, considering the production cost of “bulk orders” of solar panels is 10 cents per watt or lower.

Moreover, with two solar module factories operating in Ohio, a third one expected to open “in the first half of 2023,” and upgrades coming at its existing plants in the state, FSLR is exceptionally well-positioned to benefit from those tax credits. And by 2025, the company intends to launch yet another factory in the U.S., it’s fourth in the country. Overall, First Solar expects to produce a hefty 10.7 gigawatts of solar modules annually in the U.S. in three years.

For the third quarter, the company reported an “operating loss of $68 million,” and it cut its full-year earnings per share outlook to between a loss of 65 cents to a loss of 35 cents, citing “logistics” issues.

Still, with China reopening, those logistics problems should be cleared up sooner than later. And First Solar added 16.6 gigawatts to its bookings total in Q3, an amount that Wolfe Research called “staggering.” Meanwhile, First Solar’s modules are almost entirely sold out, and the prices it’s getting for its modules are unexpectedly increasing, according to Wolfe.

Calling First Solar’s Q3 bookings “extraordinary,” research firm Guggenheim increased its price target on the name to $233 from $200. The firm also wrote that the company is “showing a remarkable ability to book business several years into the future at favorable prices.” It kept a “buy” rating on FSLR. 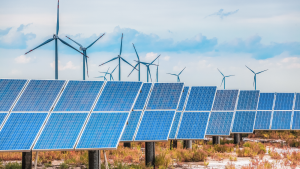 Shoals (NASDAQ:SHLS) produces several electrical components in solar projects. According to Investor’s Business Daily, ” Shoals took a solar product category that has traditionally been very fragmented and requires a labor-intensive process and turned it into one that is much more standardized and easy to install. ” The company says that its products “can” dramatically reduce the time needed to implement large-scale solar projects.

In addition, indicating that the company’s products are highly competitive and sought after within the U.S., Shoals reported on Nov. 2 that it would provide its electrical components and storage systems for a 1-gigawatt portion of a massive solar project in the U.S.

Analysts, on average, expect its revenue to jump 57% to $492 million next year, and their mean estimate calls for its earnings per share to climb to 64 cents in 2023 from 30 cents this year. That puts its current forward EPS at a reasonable 33 cents.

Furthermore, Shoals is expanding to Europe and recently launched a new factory in the U.S. earlier this year, leaving it well-positioned to benefit from supportive solar policies embraced by the EU and U.S. Therefore, it is among the best solar stocks to buy right now. 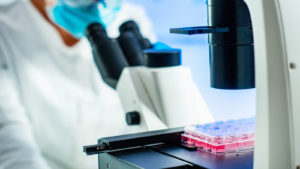 And impressively, the well-respected research firm Frost and Sullivan named Stem the top innovator in Frost’s Renewable Energy and Battery Storage Optimization and Trading category. Also impressively, Stem is growing extremely rapidly, indicating that the demand for its offerings is quite strong. Specifically, in Q3, its revenue soared 150% YOY and rose 49% compared with Q2 to $99.5 million. Meanwhile, its “12-month pipeline” jumped to a massive $7.2 billion as of Sept. 30 versus $5.6 billion as of the end of Q2.

Moreover, as solar and storage combinations proliferate, it’s logical that many businesses would want to use an effective AI system to monitor and enhance the performance of those systems. As a result, I expect Stem’s sales growth to continue to proliferate while continuing to be strong for many years. 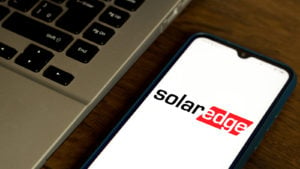 Much like Enphase, SolarEdge’s (NASDAQ:SEDG) main business provides inverters for solar projects. And like ENPH, SEDG should benefit from the rapid proliferation of solar projects in the U.S. and Europe for the foreseeable future. The company reported its third-quarter earnings and provided its Q4 guidance after the market closed on Nov. 7.

The company reported significantly weaker-than-expected Q3 results. Still, its top line climbed 59% year-over-year to a record $836.7 million, and its operating profit, excluding certain items, came in at a substantial $120.2 million, which also represented an all-time high.

What likely especially pleased the Street, sending SEDG stock much higher on Nov. 8, was the fact that the midpoint of the company’s Q4 revenue guidance came in at $870 million, above analysts’ mean outlook of $857 million. Additionally, indicating that the company’s profitability is not yet hurt by inflation and supply chain issues, SEDG expects the Q4 gross margin of its solar segment, excluding certain items, to come in at 28.3%, unchanged versus Q3. Thus, this is among the top solar stocks to buy.

This ETF contains many of the solar stocks to buy on this list. The top two holdings of the Invesco Solar ETF (NYSEARCA:TAN) are two inverter makers — Enphase and SolarEdge — which I profiled above. Cumulatively, ENPH and SEDG account for over 21% of TAN’s total assets. With both companies growing rapidly, churning out meaningful profits, and set to benefit from favorable government policies and demand trends for the foreseeable future, they should help propel TAN much higher in the coming months and years.

Third on the list of TAN’s holdings is Sunrun, the U.S. solar installer which has become a darling of the Street after reporting better-than-expected Q3 results, including a “surprise profit.” Although the valuation of RUN stock, which accounts for 7.2% of TAN’s holdings, is excessive for me (its forward price-earnings ratio is 85), it’s definitely a hot name right now. And if the company continues to be a leading installer of solar panels in the U.S., it could very well “grow into its valuation,” as they say, and end up climbing a great deal over the next few years.

First Solar comes in at number five on the list, with a weighting of 6.2%. As I noted above, First Solar is exceptionally well-positioned to benefit from the new climate legislation.

On the date of publication, Larry Ramer held long positions in JKS, STEM, and SHLS. The opinions expressed in this article are those of the writer, subject to the InvestorPlace.com Publishing Guidelines.

Larry Ramer has conducted research and written articles on U.S. stocks for 15 years. He has been employed by The Fly and Israel’s largest business newspaper, Globes. Larry began writing columns for InvestorPlace in 2015. Among his highly successful, contrarian picks have been GE, solar stocks, and Snap. You can reach him on StockTwits at @larryramer.