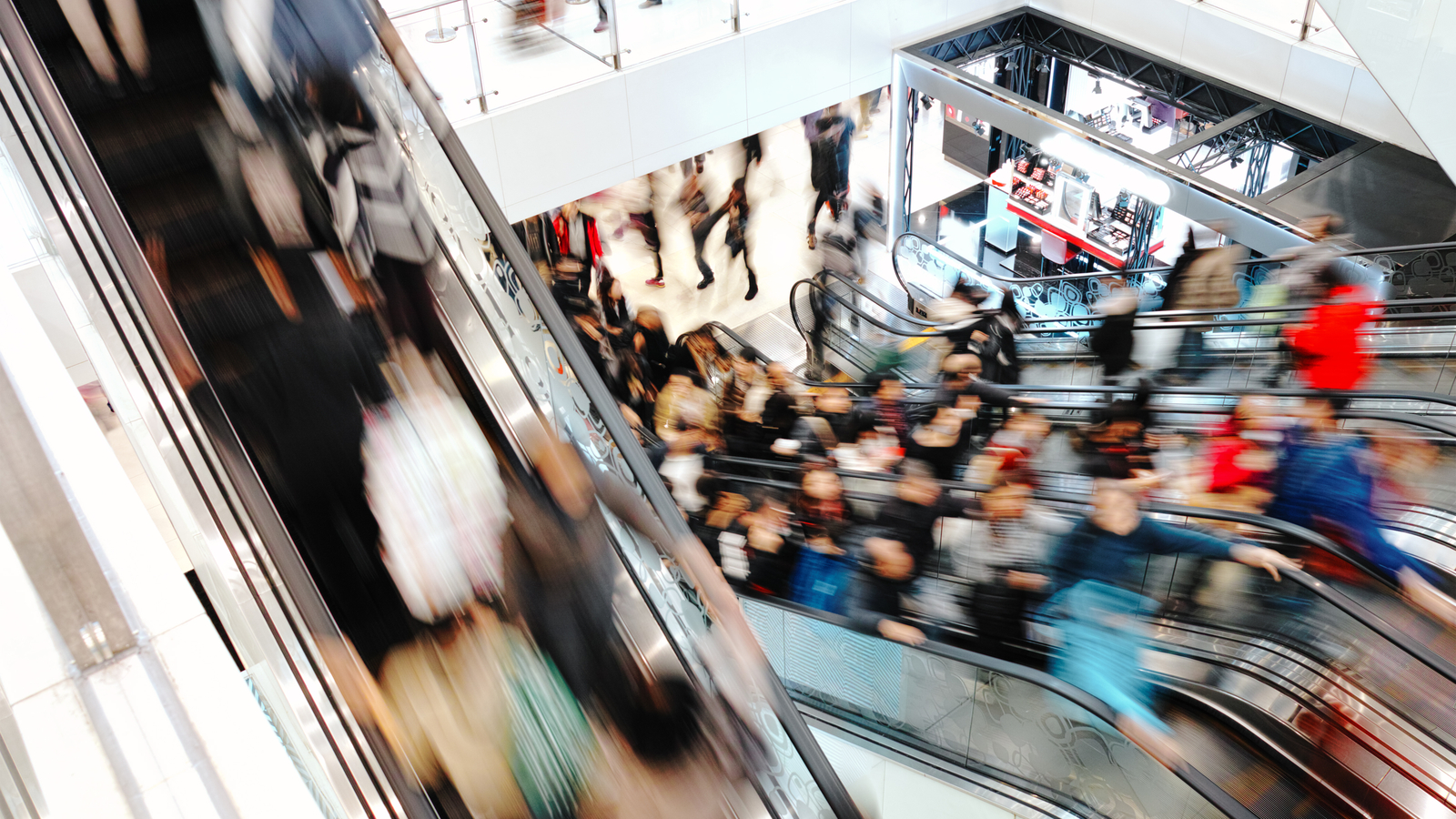 Usually, the winter season brings levity to people as the holidays approach, but the chilly economic nature this year brings up the uncomfortable topic of retail stocks to sell. Fundamentally, Federal Reserve Chair Jerome Powell indicated that his top priority is controlling inflation. What’s more, Powell made good on his statements, with the central bank raising the benchmark interest rate.

Moving forward, it’s not so much about the rate hike itself (up 0.75%) that matters. Instead, it’s all about intentions. Essentially, the Fed will do whatever it takes to get inflation under control. If that means constantly raising rates until the target is achieved, that is what will happen. Naturally, stocks to sell became a hot topic — and not just for the retail segment.

However, retail does garner a disproportionate amount of the negative spotlight because people can always cut back on discretionary spending. Therefore, investors will want to be extra cautious about the following stocks to sell.

An iconic American athletic apparel and equipment manufacturer, Nike (NYSE:NKE) enjoyed a substantial rise higher following the spring doldrums of 2020. However, shares hit a peak in November 2021, coincidentally at the same time that the cryptocurrency sector hit a wall. No, neither NKE nor digital assets have much to do with each other. However, with risk-on sentiment fading, Nike dropped badly just like cryptos.

Investors don’t need to do much digging to understand why some folks peg the apparel giant as one of the stocks to sell. On a year-to-date (YTD) basis through Sept. 22, shares plunged 40%. Additionally, near-term dynamics don’t seem to bode well for NKE, dipping 11% in the trailing month.

Financially, the company’s fiscal fourth quarter of 2022 earnings report presented some warning signs. Revenue came in at $12.2 billion, which was about 1% below the year-ago quarter. This performance may reflect that consumer sentiment for discretionary items (like sportswear) peaked. 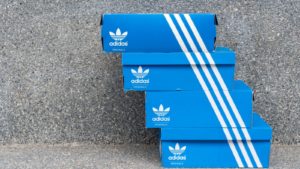 Nike’s sworn rival Adidas (OTCMKTS:ADDYY) isn’t doing much better, suggesting that investors should consider it one of the stocks to sell. It’s an uncomfortable topic, but all you have to do is to look at the charts. Since the start of this year, ADDYY tanked 55%. Over the trailing month, we’re looking at a loss of 15%.

Fundamentally, Adidas faces the challenges associated with transitioning from the pandemic lockdown-related paradigm. As the Washington Post once stated during the initial onslaught of the coronavirus, society incurred a pajama moment. Now, it’s time to go back to work — in the office. As Fortune stated, upper management presently is winning the return-to-office battle.

Similar to Nike, Adidas appears to be suffering from peak revenue associated with pandemic-fueled catalysts. In the company’s latest quarterly report, Adidas for the three months ended June 2022 generated revenue of $5.92 billion. This was down 3.3% on a year-over-year (YOY) basis. 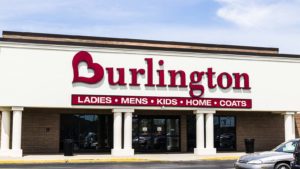 Burlington (NYSE:BURL), which formerly operated under the name Burlington Coat Factory, is an American national off-price department store retailer. Fundamentally, you might imagine that such retailers might perform well during inflationary cycles. Those seeking a discount from the erosion of purchasing power own an incentive to seek off-price solutions.

However, the market, unfortunately, did not receive the memo. BURL shares slipped more than 57% YTD. What’s worse, the nearer-term picture does not provide room for contrarian encouragement. Over the trailing month, BURL gave up nearly 23% of market value. This performance aligns with other retail-related stocks to sell.

As with the two athletic apparel giants above, Burlington may be suffering from peak revenue. In the quarter ended July 2022, the discount apparel retailer generated revenue of $1.99 billion. This figure fell more than 10% against the year-ago level. With the Fed’s Jerome Powell acknowledged that the pivot to hawkish monetary policy may yield a rough landing, it’s better to stay on the sidelines for a company with diminished sales prospects.

Akin to other retail segment stocks to sell in the apparel space, Gap (NYSE:GPS) lacks credibility. Fundamentally, the issue stems from a redundancy problem. With so many companies both public and private offering premium-level fashion, it’s tough to compete. Add in the economic challenges and also vagaries and you have a tough situation for Gap stakeholders.

Here, the market does most of the talking. Since the January opener, GPS shares slipped nearly 52%. On a trailing month basis, GPS declined by more than 12%. Sadly, it’s not a great look. Moreover, Gap did not make Fintel’s list of the most heavily shorted securities. Awkwardly, then, GPS is bad, but not bad enough to be good — if that makes sense.

The other factor that makes Gap one of the stocks to sell is financial performance. For the quarter ended July 2022, the apparel retailer generated revenue of $3.86 billion. This figure came in 8.4% below the year-ago period. Unfortunately, it seems that the company has run out of its post-Covid-19 fuel, making GPS one of the stocks to sell ahead of the holiday season.

With Ross Stores (NASDAQ:ROST), I can go either way. It’s true that on a YTD basis, ROST dropped more than 23% of market value. While I don’t want to engage in equities-level whataboutisms, Ross is performing better on a comparative basis than other stocks to sell.

Further, the fundamentals of the company present an attractive profile. With many corporate employees potentially headed back to the office, they may need to upgrade their wardrobes. But with economic rumblings, these folks may prefer off-price retailers.

Put another way, similar to other stocks to sell, Ross appears to have incurred peak revenue. As well, net income in the quarter ended July 2022 suffered a 22% decline. It’s just not in the best of shape heading into the holidays.

A global apparel and footwear company, VF Corp (NYSE:VFC) might seem like an off-putting idea for stocks to sell. Mainly, that’s because the company features brands like Jansport and The North Face. Both cater to winter sports and, by logical deduction, to a wealthier consumer base. Winter sports simply require more gear than, say, kicking a soccer ball around.

Sure enough, VF Corp financially outperforms many other stocks to sell in the broader apparel segment. For the quarter ended June 2022 (actually, July 2 if you want to be precise), VF posted revenue of $2.26 billion. This represents a more than 3% lift from the year-ago quarter.

However, the company’s operating income in the most recent quarter came out to $63 million. In sharp contrast, one year prior, VF posted operating income of $203 million. To me, this represents an early sign that even the wealthy may be tightening their wallets.

A retailer of various household goods, Bed Bath & Beyond (NASDAQ:BBBY) represents a controversial idea among stocks to sell. Earlier, BBBY garnered attention as a possible meme-trade opportunity. However, that concept came crumbling down.

It’s difficult to know where to start with the troubled retailer. In August, much was made about activist investor Ryan Cohen bidding up BBBY call options. Soon after the disclosure, though, Cohen dumped shares, cratering the company’s market value.

At the end of August, Bed Bath & Beyond filed to sell shares to raise cash. Of course, the measure represents dilution and, not surprisingly, BBBY cratered again. Shortly thereafter, the company’s CFO passed away under distressing circumstances.

I can mention that BBBY stock dropped 53% for the year. I can also mention the financial performance, which is poor and worsening. But then, I would merely be piling on at that point. It’s not a technical term but BBBY has bad juju all over it. I wouldn’t buy it, I wouldn’t short it, I would simply stay away.