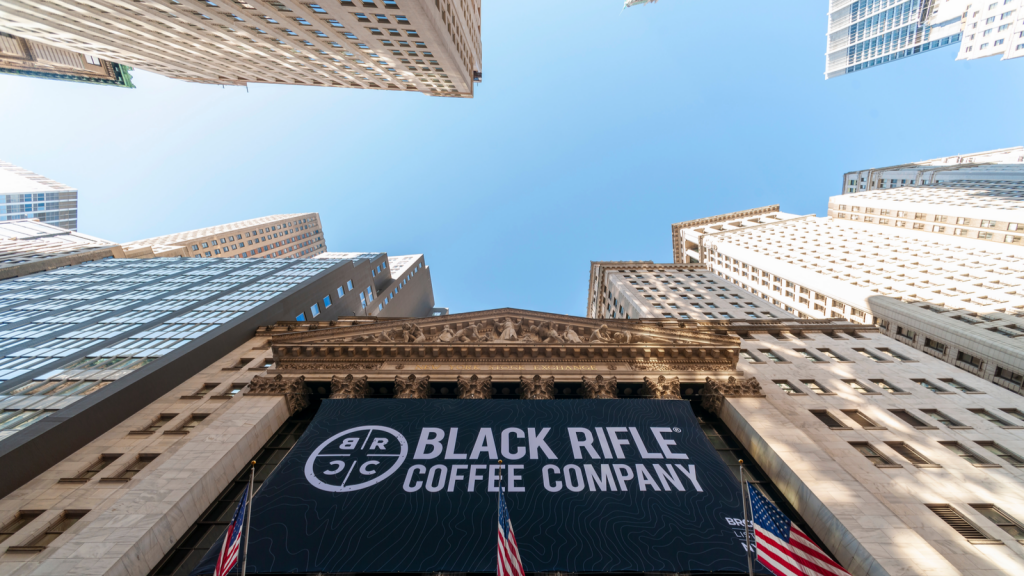 For those who must have their morning caffeine fix, Black Rifle Coffee Company (NYSE:BRCC) stock may represent a much-needed change of pace. Over the years, beverage makers have gone overboard with their various mixes and concoctions. In contrast, Black Rifle is a back-to-basics type of company, making it a compelling brand and an intriguing investment in the form of BRCC stock.

And no one should doubt the power inherent in being a political or ideological contrarian. For instance, BRCC stock made its debut in the public market via a reverse merger with a special purpose acquisition company. Even though investors have started to shy away from SPACs due to their dilutive potential, BRCC has gone against conventional wisdom, helping early shareholders to healthy returns.

What’s more, on the business front, Black Rifle stands out with its bold decisions. Rather than try to beat the competition on price, Black Rifle Coffee is actually more expensive than the retail products offered by the likes of Starbucks (NASDAQ:SBUX) and similar high-profile firms. Again, that’s an audacious move but will it work?

Interestingly in 2009, the New York Times mentioned that as the Great Recession wore on, Starbucks increased the price of its specialty drinks, betting on the idea that hardcore customers will open their wallets to feed their addiction. Thus, crazy concepts can sometimes pay dividends.

But the NYT also presented a caveat. On balance, fewer people were splurging at Starbucks during that period of economic calamity. Currently, we’re also suffering a calamity in the form of $7 gasoline for millions of Americans. At some point, even higher-income households will be very tempted to cut down on superfluous purchases.

Now, the jury’s still out on the viability of BRCC stock. However, if the underlying company is to be successful, the appeal of its brand has to be greater than the pain of inflation. If not, shares could easily tumble.

7 Coal Stocks to Buy on Red-Hot Sentiment
Stocks to Buy on Lumber Crash
Even the Energy Boom Can’t Save Camber Energy Stock
7 Widely Held Stocks to Sell Because They’re Poised to Plunge
Stocks making the biggest moves premarket: Winnebago, La-Z-Boy, Revlon and others