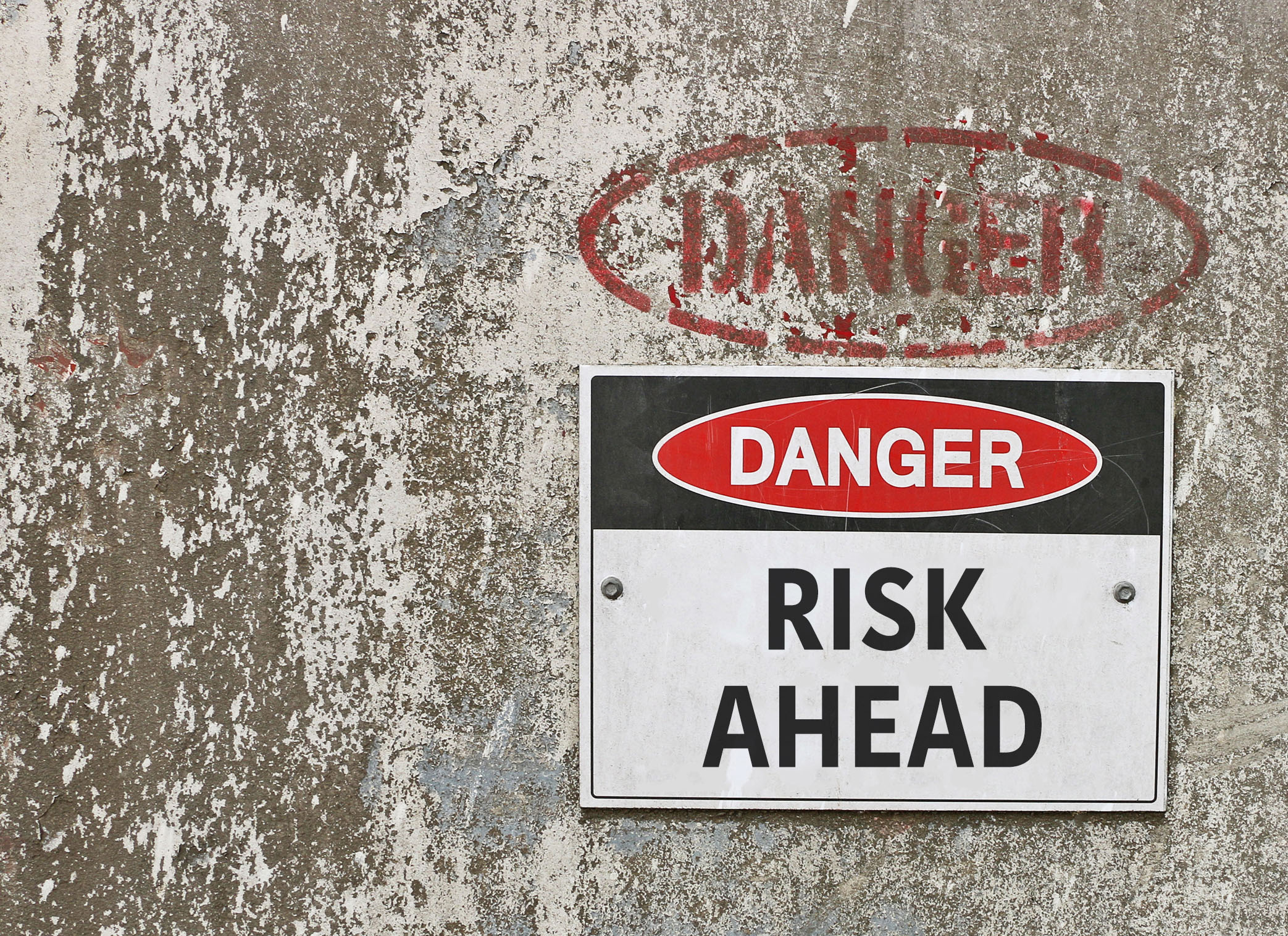 Stock market gauges such as the S&P 500 index and Nasdaq 100 index continue to sit at or near all-time highs. While leading stocks continue to perform admirably, many companies have had a difficult summer. Small-cap firms, special purpose acquisition companies (SPACs), and unprofitable tech companies have seen their shares dive. If the corrections spread, there will be plenty more stocks to sell.

There are a couple of categories of stocks that are particularly vulnerable. One is in companies that enjoyed a huge boost from the pandemic. While the Delta variant continues to cause problems, there is light on the horizon as more and more of the population is vaccinated. As the economy reopens, companies riding the rush to digital will see their momentum fade.

The second category of vulnerable companies are those that have unproven or questionable business models. The collapse of the SPACs in particular has shown that companies generally need to make profits sooner or later to support their valuations. Memes are great fun, but business quality does eventually matter, too.

Between the ebbing stay-at-home trend, questionable business models and fading buzz, these are seven high-risk stocks to sell:

DoorDash is a key player in an industry that increasingly seems like it’s in a race-to-the-bottom. That’s a condition in economics where various participants compete on price, ensuring an unfavorable outcome for everyone involved.

That certainly seems to be the case in food delivery. Numerous well-funded firms are making a massive move on the space. This pool of competitors has made it difficult for any one operator to stand out. Despite societal conditions which forced users to embrace delivery, DoorDash is still losing money. Last quarter, it lost 30 cents a share, and the business is barely even positive in adjusted EBITDA terms. Also, revenues are at a $6 billion annual pace, which seems pretty light for the company’s $60 billion market capitalization.

Adding to the pressure, large shareholder Softbank (OTCPK:SFTBY) reportedly sold a large portion of its DASH stock holdings. Softbank has also sold part of its stake in competitor Uber (NYSE:UBER). It has other investments in the delivery space as well, such as Latin America’s Rappi.

With Softbank reducing its exposure to the delivery companies in general and DoorDash in particular, it will likely create additional selling pressure on DASH stock, adding to the case for smaller investors to shed these shares.

Carvana is aiming to reinvent the auto dealership experience. The company is known for its eye-catching, so-called car vending machines, where it showcases some of its wares. In reality, however, Carvana sells vehicles online, and aims to cut out many costs from the traditional auto dealership model.

This is a promising idea. However, CVNA stock investors have gotten far ahead of themselves, pushing Carvana’s market capitalization to more than $60 billion. That’s an unprecedented figure for a company that has shown so little success as of yet.

Investors like to point to Carvana’s rapid revenue growth. And sure, Carvana has grown its top line at great speed. However, in a business such as used cars, it’s easy to boost revenues: Simply charge unprofitable rates for transactions. The company only earned a 14% gross margin last year. That may be insufficient to cover all the marketing, overhead, and risk of getting stuck with inventory.

To its credit, Carvana finally turned a quarterly profit this year. Thanks to record used auto demand, Carvana was able to achieve a tiny profit. That’s a nice contrast to the company’s usual losses; its net operating loss had increased each year between 2014 and 2020.

Once the economic-reopening inspired auto boom fades, however, look for Carvana’s brief blip of profitability to fade and shares to move sharply lower.

Teladoc shares have already dropped sharply since their peak. So why is TDOC stock still a sell at this point? Simply put, it’s one of the most obvious pandemic beneficiaries that is now facing difficult headwinds.

Last year was about as ideal a situation as you could ever ask for in terms of telemedicine. People needed urgent medical assistance and couldn’t physically go the hospital or doctor’s office. Teladoc and other virtual medicine firms served an absolutely vital role in the crisis.

That’s much less true in normal conditions. Many people prefer seeing their doctors in-person when its possible. The surge in demand for telemedicine last year is likely to turn into a decline as things go back toward normal.

Additionally, a host of competitors including but hardly limited to Amazon (NASDAQ:AMZN), CVS (NYSE:CVS) and the major health insurance companies are building their own telemedicine offerings. Also, temporary government provisions to bolster telemedicine during the pandemic may disappear in coming months.

It’s unclear what, if any, moat Teladoc will have against incoming competition from larger rivals. Barriers to entry seem fairly limited. Even with first-mover advantage, Teladoc remained unprofitable in 2020 during the most optimal conditions for its business. Its operating losses are widening so far in 2021. Given the business’ mounting headwinds, shares are overpriced.

Royal Caribbean took the right steps to survive the pandemic and keep the company intact. Give management credit for reacting swiftly to raise capital and cut costs. That preserved shareholder value along with employees’ jobs. Good stuff all around.

Like with many struggling travel stocks, however, there’s a big difference between survival and thriving. Royal Caribbean is not in nearly as strong of a position as it was pre-pandemic. For one, the balance sheet has more questions. For another, cruise traffic will still take at least several years to make a full recovery. The possibility of more virus variants could further impede the timeline. Additionally, many Americans are rejecting vaccination. Thus, cruise lines may bar them from their vessels.

Despite the uncertainty around long-term demand for cruises, however, the market is now pricing Royal Caribbean at an enterprise value of $36 billion. Enterprise value is the combination of a company’s market capitalization and outstanding debt. Prior to Covid-19, Royal Caribbean’s enterprise value generally ranged from $32 billion to $36 billion. So, the market is now pricing RCL stock as richly as it did before anyone had heard of the coronavirus. From this price, risk is skewed to the downside.

How many streaming services does the world need? fuboTV has sought to create a lane for itself by focusing on live sports. However, its efforts so far have been uninspiring.

The company is operating at a slightly negative gross margin. This means it is losing money simply delivering the sports content to subscribers, to say nothing of its overhead costs or marketing. Revenue growth has also slowed dramatically; sales grew from $120 million to just $131 million between Q1 and Q2. Overall, the company lost $81 million last quarter in the course of generating that $131 million in revenues. That is a terrible ratio.

FUBO stock bulls hope that the company will figure out some way to better monetize the user base. Perhaps fuboTV can build a live gambling business or something. As it stands now, however, fuboTV has disastrous business economics. When a company doesn’t even earn a gross profit, it’s hard to argue that further user growth will turn the company’s issues around.

And, as it stands now, the pandemic tailwind is fading for streaming services such as fuboTV making the outlook even more cloudy.

MP Materials may be a new name for some investors. But its key asset, the Mountain Pass mine in Nevada, has been around awhile. Indeed, Mountain Pass used to be owned by Molycorp. Molycorp did its initial public offering (IPO) in 2010 at $14. Shares quickly surged to as high as $77 in 2011 as investors rushed to buy into the rare earths story.

However, demand for rare earths didn’t come close to meeting expectations, and Molycorp fizzled. Shares went straight down from the highs. In 2014, the stock fell under $1 per share, and Molycorp went bankrupt not that long after.

The Mountain Pass mine was acquired out of bankruptcy for just $20.5 million. New ownership has repurposed the asset and dressed it up as MP Materials. The hope is that this time there will actually be enough rare earths demand to make the mine — and MP stock — a winner.

Investors have bought into the story, slapping a now $6 billion market capitalization on MP Materials for a mine that was available in bankruptcy for pennies on the dollar not that long ago.

Maybe it will work out this time. But, the rare earths market is still largely controlled by foreign players. If they increase production levels, MP stock may follow Molycorp’s lead and plunge after the initial hype fades.

Skillz is a video gaming company that came public via SPAC not too long ago. Shares are down significantly in recent months, but still trade at $11. That’s above the $10 initial SPAC offering price. As we’ve seen in recent weeks, SPACs often can and do fall far below $10 when it becomes clear that the business model isn’t living up to expectations laid out in the initial SPAC offering.

And, let’s be clear, SKLZ stock has been a massive disappointment. In theory, Skillz is supposed to profit from the intersection of online gambling and video games. By allowing players to compete with each other for real money prizes, it should be the best of all worlds, right? However, it seems like Skillz’ games simply don’t have the same pull as options from rivals.

We see that from the company’s burgeoning operating loss. This past quarter, the company lost $80 million, compared to a loss of just $20 million for the same period last year. This is in large part because the company upped its engagement marketing by 92%. This is money spent on incentives, bonuses and other such rewards to keep players active on the platform.

The company now spends fully half of its revenues on engagement marketing. This is clearly not a good sign — if the games were working, players wouldn’t need such massive incentives to keep trying their luck. Meanwhile, Skillz revenues grew 52%. Needless to say, increasing marketing spend 92% to get 52% more revenues is not a particularly sustainable model.

The company’s monthly active users have rolled over, and the CFO left as well. There’s a good chance SKLZ stock will join the pack of SPAC busts trading well below $10.

7 Tumbling Tech Stocks That Have Much Further to Fall
My QuantumScape (QS) Stock Price Prediction for 2025
The 3 Most Undervalued EV Stocks to Buy in February 2023
Robots could surpass workers at Amazon by 2030, Cathie Wood says
454 TIP. Current Investment Opportunities w/ Tobias Carlisle