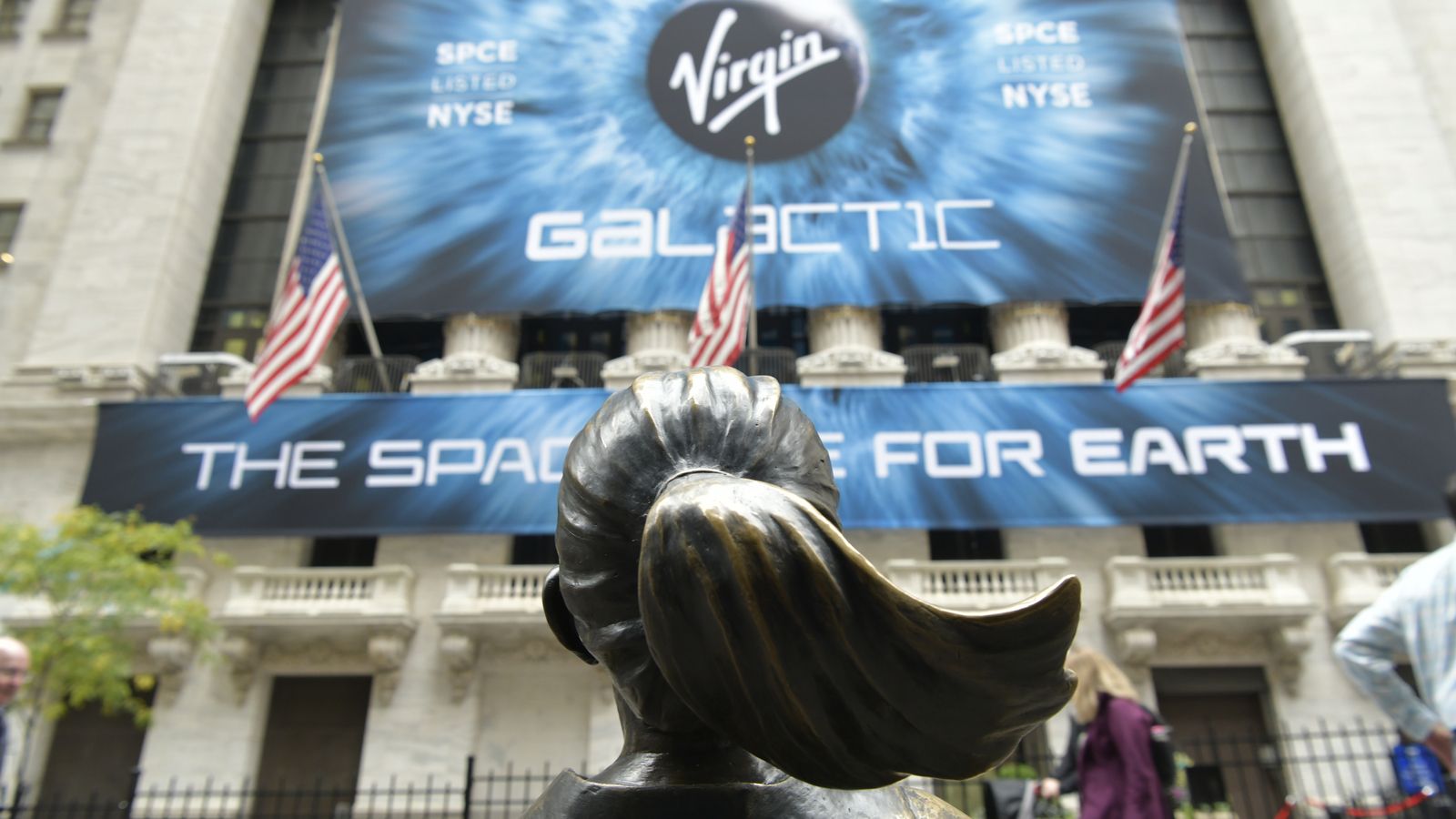 Private company space wars seemed like science fiction just 10 or 20 years ago, but are now coming to fruition as multiple competitors gear up for the new race for space dominance. Jeff Bezos’s Blue Origin and Elon Musk’s SpaceX are among the leaders in the field. But one of the early innovators in this space (no pun intended) was Virgin Galactic (NYSE:SPCE) which is a vertically integrated space exploration company that strives to pioneer human spaceflight for private individuals and researchers. It has been a momentous year for SPCE stock.

Virgin Galactic, a manufacturer of advanced air and space vehicles, was founded in 2004 by British billionaire and serial entrepreneur Richard Branson, who still retains an 18% stake in the company. The company operates out of New Mexico.

Using its proprietary and reusable technologies and supported by the classic Virgin-branded customer experience, it is developing a spaceflight system designed to offer customers a unique, multi-day spaceflight experience. This includes a spaceflight that includes views of Earth from space and several minutes of weightlessness that will launch from Spaceport America in New Mexico.

On July 11, Richard Branson himself was able to participate in a successful test flight. The company’s spacecraft VSS Unity launched from New Mexico with two pilots guiding the vehicle carrying Branson and three other Virgin Galactic employees.

After analyzing flight data and other reviews, which is expected to take quite some time, SPCE will set a date for the next flight in September. After these test flights, SPCE plans a long maintenance period for both VSS Unity and VMS Eve before beginning commercial operations in 2022. The company also announced it will reopen ticket sales for with prices starting $450,000 per seat.

The Value of SPCE Stock

SPCE is a pre-revenue company for the most part, as regular paid passenger flights are not slated to begin until 2022. The company burned through $273 million in 2020 and $211 million in 2019.

With no meaningful revenues or cash flow, SPCE stock is of course hard to value reasonably. One can use a long-term discounted cash flow methodology, but the variability and uncertainty in the inputs make any calculation somewhat suspect. Morgan Stanley even has a $1 bear case if one assumes the business model never gains traction or scale. Maybe someday there won’t be enough $450,000 ticket buyers.

SPCE stock has seen several peaks before settling down to currently levels. It hit $60 in February of this year and after falling down to earth in May below $20, it resumed its climb and hit a peak of $57 in late June. Part of its retreat back to current levels can be attributed to Branson selling SPCE shares worth $300 million in August.

In addition, several brokerage firms have downgraded the stock, according to CNBC:

“On Wednesday, Morgan Stanley downgraded the stock to underweight from equal weight, saying in a note to clients that the excitement around Virgin Galactic should cool off as the flight schedule enters a quieter period. Credit Suisse issued a downgrade on Thursday.”

I think the company will need to raise capital in coming years, and it’s hard to imagine Branson pumping money back into the company after three equity sales since going public in 2019. Until that happens, it’s best to stay away from a company losing this much money with a very uncertain and unproven business model.

Tom Kerr has worked in the financial services industry for over 25 years. Currently he is a Senior Portfolio Manager at Rocky Peak Capital Management. Prior to that he was Chief Investment Officer and Director of Research of SGL Investment Advisors, and has served in a number of positions at other investment related organizations. Mr. Kerr has also been a contributing writer t0 TheStreet.com, RagingBull.com and InvestorPlace.com. He’s a CFA charterholder and obtained a B.B.A in Finance from Texas Tech University.