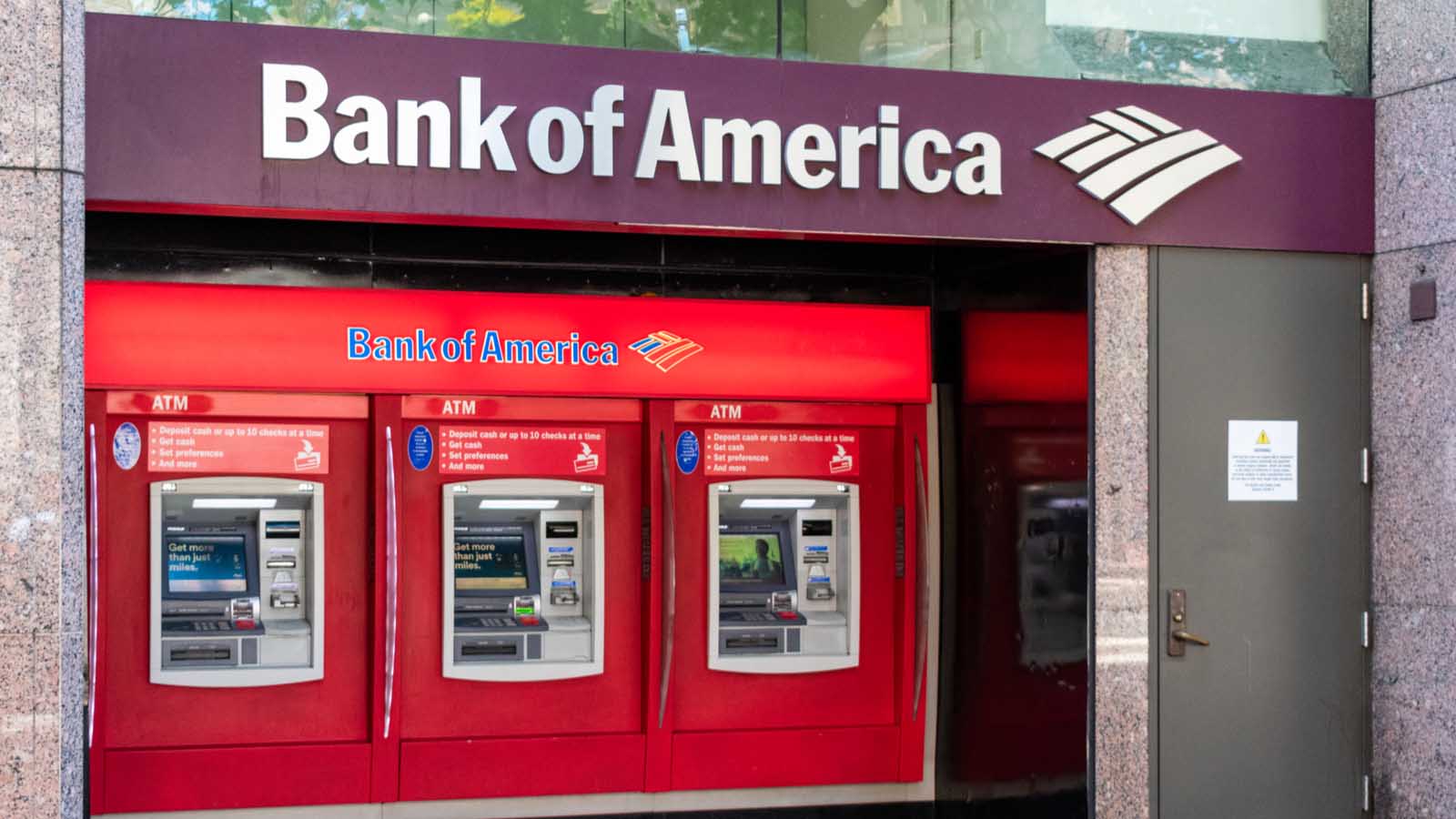 Shares have dropped around 5% during the trading week beginning July 12 after the bank announced net income of $9.2 billion, $1.03 per share and revenue of $21.5 billion for the three months ending in June.

The earnings themselves were more than double last year’s take of $3.5 billion and well ahead of analyst estimates. But analysts said revenue was “light.” They were expecting $21.8 billion. The reason for the shortfall was interest margins, which were just 1.61% against a 1.67% estimate. It’s hard to make money selling money when money is so cheap.

I put some shares of Bank of America into my own retirement account last August. At the time shares were trading at $26/share. After their fall, they open July 16 at over $39, and 72 cents/share of dividends gave me a cash yield of almost 2.8%. I wasn’t wildly enthusiastic. I took the dividends in cash rather than stock. But my overall gain is 51% in less than a year.

Until the latest earnings release, in fact, the performance of Bank of America stock had closely matched that of JPMorgan Chase (NYSE:JPM), its larger rival. The best performance for a big bank stock in that time was turned in by Wells Fargo (NYSE:WFC), which is up 75% in the last year.

So long as interest rates remain low, investment banking will be more profitable than commercial banking. During the most recent quarter the yield on the 10-year treasury bond fell sharply, from about 1.75% to 1.4%. Buying money directly from Uncle Sam and putting it to work was the right trade, which is why stocks have continued moving higher.

The problem at Bank of America was its trading floor, especially its bond trading, where revenue was down 38% from the previous quarter. The underwriting business also disappointed, and investment banking fees fell slightly.

The release of loan loss reserves from consumer loans that didn’t go bad saved the day. Those dogs didn’t bark. Asset management fees also rose by 27%. The problem, to the extent that there was one, was that customers had a great quarter.

Merrill had a record quarter, with revenue of $4.3 billion, up 16%. When Bank of America’s private banking unit was added, total wealth management revenue came to $5.1 billion. That’s still less than one-quarter of the total, however.

With the customers and their brokers doing so well, keeping the advisors is a problem. During the quarter, a Texas crew managing $1.2 billion jumped into a new firm called mForce Capital.  Another group, managing $842 million, jumped to a Raymond James Financial office in Salt Lake City.

Merrill’s response is “client experience teams” who call customers the moment the brokers leave, offering fee waivers up to one year. This can keep 40% of the assets from jumping ship.

The Bottom Line on BAC Stock

You don’t buy a big bank’s stock to make big money. My experience with BAC stock has been extraordinary.

Big bank stocks are conservative investments. They help balance riskier bets in volatile tech stocks. They shouldn’t be the first stocks you buy. Look for them once you have a nest egg you wish to protect.

Tipranks has Bank of America rated as a moderate buy, with 8 of 12 analysts estimating a gain of 18% over the next year. That sounds about right. And that’s okay. With a 17% dividend increase announced last month, to 21 cents per share, I sleep soundly at night.

On the date of publication, Dana Blankenhorn held a LONG position in BAC. The opinions expressed in this article are those of the writer, subject to the InvestorPlace.com Publishing Guidelines.

Dana Blankenhorn has been a financial and technology journalist since 1978. He is the author of Technology’s Big Bang: Yesterday, Today and Tomorrow with Moore’s Law, available at the Amazon Kindle store. Write him at danablankenhorn@gmail.com or tweet him at @danablankenhorn. He writes a Substack newsletter, Facing the Future, which covers technology, markets, and politics.

Why SOFI Stock Is Not Out of the Woods Yet
7 Sorry Dividend Stocks to Sell in February Before It’s Too Late
Robots could surpass workers at Amazon by 2030, Cathie Wood says
Buy SOFI Stock? Yes! The Bull Case for SoFi Technologies.
7 Overvalued Stocks That Will Get Clobbered This Year