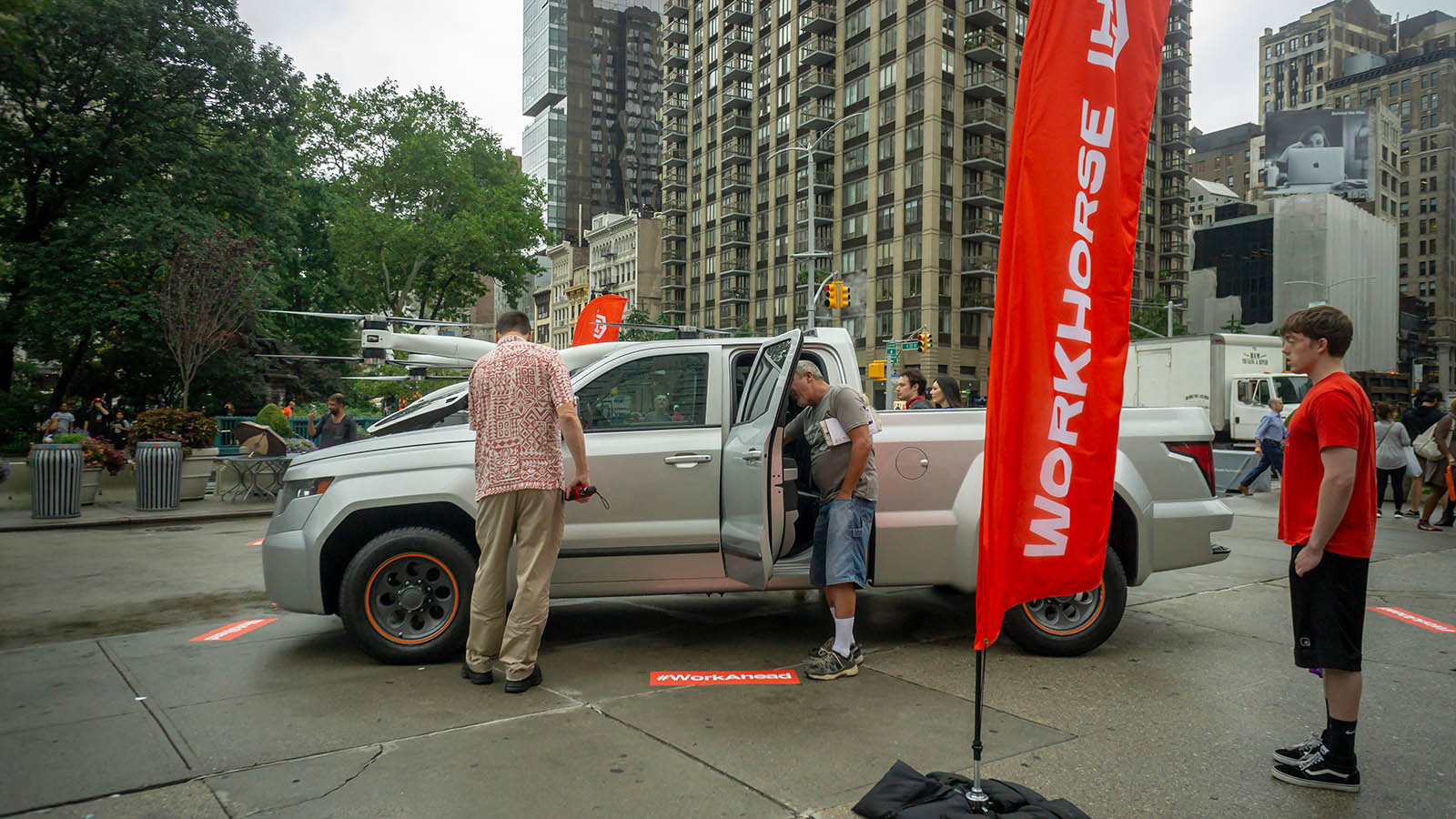 The EV maker’s inability to win any major deals or recruit any impressive partners so far, its apparent failure to cash in on opportunities with the U.S. Post Office and UPS (NYSE:UPS), along with the tremendous struggles of an affiliated company, Lordstown Motors (NASDAQ:RIDE), all bode very badly for its outlook.

As a result, even assuming that the company will have enough money to produce and market its electric truck, it’s highly unlikely that it will sell enough EVs to prevent WKHS stock from tumbling.

In an apparent effort to justify  their upbeat view of Workhorse, despite all of its failings, WKHS stock bulls have identified a number of remaining positive catalysts for the company that are all highly unlikely to materialize.

With Workhorse struggling in the increasingly competitive commercial EV market, I think that its most likely fate is bankruptcy.

Despite the still-large, $1.7 billion market capitalization of WKHS stock, the automaker has not made any large deals or cemented any major partnerships.

Partly due to its failures on those fronts, Workhorse’s first-quarter results were fairly dismal. Its Q1 revenue came in at just $521,000.

What’s more, in the company’s Q1 earnings press release and in the prepared remarks of its executives on its Q1 earnings conference call, Workhorse appeared to make no mention of the number of vehicle orders that it had accumulated.

Directly asked by an  analyst during the conference call about Workhorse’s ability to obtain “large purchase orders,” Workhorse CEO Duane Hughes failed to answer the question.

The company only delivered six trucks and produced 38 of them in Q1.

As is widely known, Workhorse was unable to obtain a major deal for which it was in the running  with the USPS.

Additionally, Workhorse was, a few years back, well-positioned for a big deal with UPS, but the latter delivery giant appears to be turning to Workhorse’s competitor, Arrival (NASDAQ:ARVL), these days for EVs.

Lordstown’s former CEO, Steve Burns, founded and was the CEO of Workhorse until the end of 2019.

Burns, along with Lordstown’s CFO, recently resigned after a probe by the company’s board uncovered problems with important statements that the automaker had made.

The struggles of Lordstown, which recently announced that it may go out of business in the next year, should certainly not increase anyone’s confidence in WKHS stock. Lordstown’s issues certainly do undermine my confidence in Workhorse.

Also worth mentioning is that Workhorse bulls were touting Workhorse’s shares of Lordstown stock as an important asset last year. Now? Not so much.

WKHS stock bulls continue to hope that Congress will intervene to give the USPS contract to Workhorse.

Even if the latter company is up to the task (and a report by a short seller stated that Workhorse could not fulfill the contract), Democrats probably do not have enough votes in  Congress to take the deal away from Wisconsin’s Oshkosh and give it to Workhorse.

Nor would Democrats be thrilled to upset voters in Wisconsin — which is a major swing state that could determine both control of Congress and the White House in the coming years — by overturning the USPS decision.

Two other potential positive catalysts identified by bulls — a trademark registration  and a court challenge to the USPS’ decision — probably would not prevent Workhorse from going belly up because they would likely take many years to materialize.

Workhorse had just  $205 million of cash as of March 31, and with the Street souring on the stock and many Reddit-oriented investors turning more to other names like BlackBerry (NYSE:BB), AMC (NYSE:AMC), and ContextLogic (NASDAQ:WISH).

I think the EV maker would have trouble selling many new shares of its stock at decent prices.

The Bottom Line on WKHS Stock

Workhorse has missed too many opportunities and its shares now looks poised to, at best, tumble sharply in the next year. At worst, the company could be bankrupt by the middle of 2022.

On the date of publication, Larry Ramer held long positions in ARVL and BB.

Larry has conducted research and written articles on U.S. stocks for 14 years. He has been employed by The Fly and Israel’s largest business newspaper, Globes. Among his highly successful contrarian picks have been solar stocks, Roku, and Snap. You can reach him on StockTwits at @larryramer. Larry began writing columns for InvestorPlace in 2015.